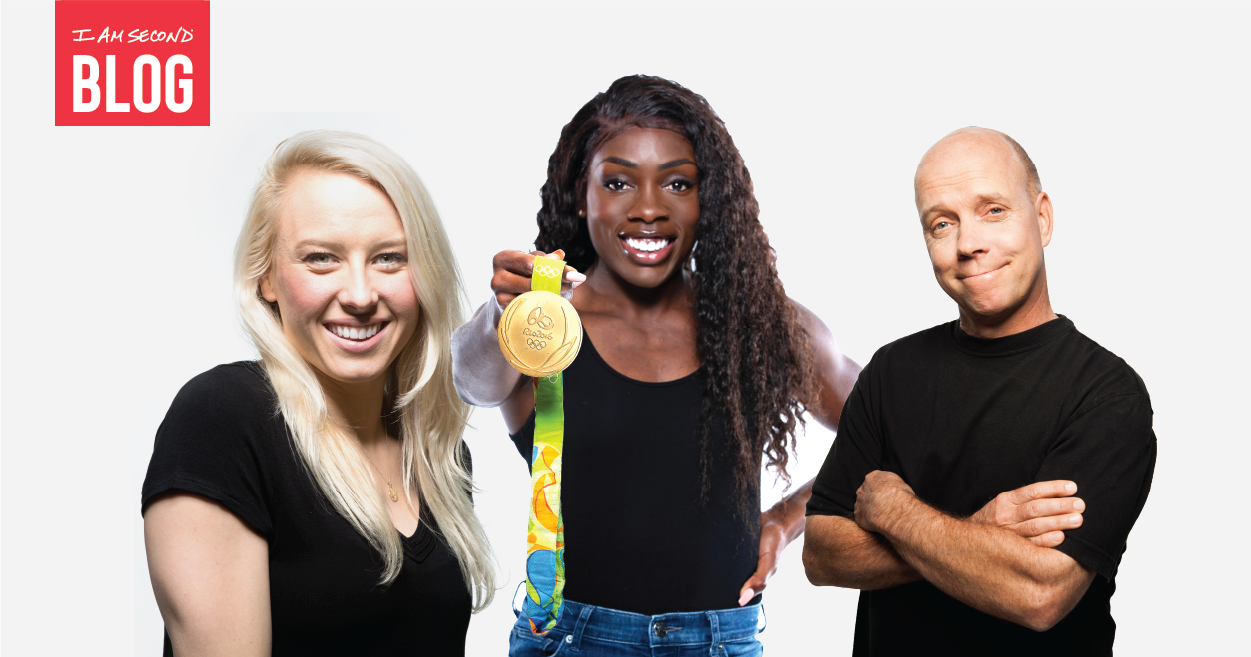 I just watched the replay of Katie Ledecky’s Olympic trial in the Women’s 800m Freestyle swimming event. It was breathtaking. She first blew up the world stage at the age of 15 in the 2012 London games when she took gold in the same event. Since that day she has been completely and absolutely dominant in that race. She has not lost that particular race in any competition in a decade. Her greatness in the sport was challenged by both Katie Grimes (who became the first to beat her in the 800m Freestyle) and Ariarne Titmus (who took away her gold in the 400m Freestyle). But until this week, Katie Ledecky not only owned the world record for the 800m, she held all 24 of the fastest times in history. She has kept her claim to greatness in the 1500m with another gold. But what impressed me most is not just her records and wins, but her ability to overcome even the losses.

Over the years, I Am Second has had the chance to interview a number of great Olympic athletes. And in doing so we’ve gotten to hear some of their secrets to overcoming the huge challenges they’ve faced in achieving in their sport. But we’ve also gotten to see how they overcome not just the physical challenges like winning a race, but also their emotional and spiritual challenges. The Olympics are meant to be inspiring to all of us, but I think the personal back stories of these athletes are even more inspiring than the records they’ve set on the world stage. Here’s just a sample of what I mean.

I grew up watching Scott Hamilton perform gravity-defying stunts on the ice as one of the world’s most recognized male figure skating stars. But he is perhaps even more well known now as an Olympic commentator for the same sport. His voice is a hallmark of the sport. As an athlete he won 16 consecutive national and world championships and as a commentator was nominated for an Emmy Award. But he also lost his mother to cancer and had to battle cancer himself. How did he overcome and achieve all of this?

He accepted hardship as an opportunity for change

“When I was very little, I suffered from a disease that stopped me from growing. I was in and out of hospitals for years and I was never really home. I ended up going to the skating club just by accident. I found skating, which kind of took on a life of its own.”

He accepted hardship as an opportunity to find greater meaning

“It wasn’t until I suffered the devastation of my mother losing her battle to cancer that something was awakened in me. ...I survived something that took the most important person in my life off the planet. What’s my purpose now?”

He accepted hardship as a path to God

“I look back and I see all those little moments in my life where I needed a great deal of strength. I understand that through a strong relationship with Jesus you can endure anything. I just learned that the only true disability in life is a bad attitude. God is there to guide you through the tough spots. God was there every single time, every single time.”

In the less publicized but equally competitive arena of the Paralympics, Jessica Long is at the top of her sport. With twenty-three medals to her name, including thirteen gold, six silver, and four bronze, Jessica has a chance at catching up the medal count of Michael Phelps in Tokyo this year. But her journey to stardom began at an orphanage in Siberia. And throughout all of that journey she shows how to overcome challenges of all sorts.

“I’d overcome twenty-five surgeries, walking in prosthetics, hours and hours of practice and elite training. I had done everything on my own. In a sense I felt on top of the world. And yet there was so much I couldn’t control--including my anger, my happiness, or even when my mother came back into my life.”

She recognized that hardship reveals who is really in control (i.e. it’s not us)

“I had always thought I could do anything, but I realized that I couldn’t do it alone anymore. I needed to give up control. I had been holding on to everything so tightly. It was this amazing feeling of knowing that angels were rejoicing that I was actually a part of God’s family. I had never felt fulfillment like that from winning gold medals and sponsorships. It was all just fleeting. It wasn’t happiness. It wasn’t joy. Not like this.

This newcomer to the I Am Second family (we just released her film), took home Olympic gold in the 4x100 Women’s Relay in Rio 2016. But then she suffered what seemed like a career ending injury. How did she overcome that?

She learned that disappointment clarifies what really matters in life

“In that moment I had this thought that I had trained my whole life for this moment that had now been stripped from me. It takes you to a place where you realize that you have to make what you do worth it.”

If you are reading this, chances are you have not had to overcome the challenges of the Olympic trials (though you should totally reach out to us if you have!). But all of us face many trials and challenges in this life. Olympic athletes have the unique ability to overcome the physical challenges of their sports and through those trials can give us some principles on how to overcome whatever else life might throw at us.

ESPN's Maria Taylor on the Thing That Defines Her

New Interview: Nigerian Royalty, to poor kid in the Bronx, to Navy SEAL of the year