Finding forgiveness when it seems impossible 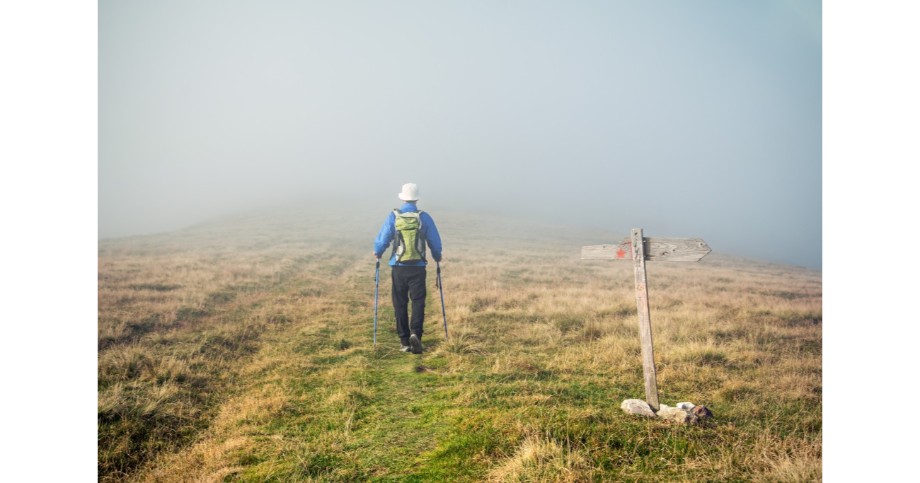 From the time I was very young, I was coerced, controlled, abused and taken advantage of by someone I trusted.

You may not be able to relate exactly to my story, but chances are by the time you’re reading this article, you know what it feels like to be lied to, abused, controlled, forgotten, rejected or in some other way wounded by someone you loved and trusted. I have yet to meet a person who has made it through life without facing one of these wounds.

And because we understand what it feels like to be injured in this way, we also know how truly challenging it can be to offer forgiveness.

This realization had already sunk in for me by the time I was 7. I didn’t want anything to do with forgiveness. I would hide what happened and twist it and lie about it if I needed to, but I wasn’t going to tell anyone. I wasn’t going to forgive. I would grow into it over time, I assumed, this burden I was carrying.

I would grow strong enough to carry it.

And like a lead security blanket, I took it everywhere I went.

As I grew older, I tried to forget. It worked, for the most part. When you carry a burden long enough, it doesn’t feel like a burden anymore. It just feels like life. I thought about it rarely. When I did think about it, I prayed it would evaporate into thin air, and that maybe I would evaporate with it.

In some ways, I did evaporate. In many ways I did forget.

But the longer I went on with my burden, the more I allowed history to repeat itself.

Day after day my burden would grow heavier, and bitterness would grow, and I would be reminded of it again—my need for forgiveness.

But I was still unwilling.

For all the why’s behind forgiveness, I rarely heard anyone talk about how to do it.

The truth about forgiveness is that it is not a natural response and it isn’t for the person you’re forgiving. It’s for you. I love the way Anne Lamott puts it: “Not forgiving is like drinking rat poison and then waiting for the rat to die.”

We must learn how to forgive if we are ever going to heal and enjoy our lives.

Here are three things I’ve learned about the “how” of forgiveness:

First of all, we talk about forgiveness like it’s an event, and in my experience, it’s just not. In fact, one of the only things that has helped me heal from my past is to stop saying, “I forgive you” and start saying, “I’m forgiving you.” Forgiveness isn’t an event any more than brushing your teeth is an event.

And second, forgiveness is like love in that it must move two directions. By that I mean we cannot begin to forgive others until we have learned to forgive ourselves. If you are having a hard time forgiving someone in your life, begin practicing this phrase: “I forgive myself for buying into the belief that…”

I say this to myself a dozen times each day.

Forgiving myself allows me to forgive others. Start with self forgiveness.

Speaking of self forgiveness, I heard this phrase from someone once, and it’s become a mantra of mine when I’m working on forgiveness. The phrase goes like this:

Most people, most of the time, are just doing the best they can.

For the most part, I was doing the best I could.

And suddenly, like a raging river of tears and regret and grace and love I’m not sure I deserve, I feel forgiveness rush in.

It doesn’t make it okay what I did, but it makes me forgiven.

It makes me think of my college boyfriend, who lied to me so many times I could have filled a semi with his untruth before, years later, I finally closed the door on that relationship. I think about all the stories he made up about where he was going, what he was doing, who he was with and I can’t help but wonder how much shame he must have felt to make up stories like that.

Slowly but surely, I feel it happen, like a release valve on a too-tight container. It doesn’t make it okay what he did, but it makes him forgiven.

And that feels good.

But strangely forgiveness seems to come in that place as I practice it in the rest of my life—especially to myself.

Of course, the hardest thing to do is to think back to the place where this all started, the person who made me do things I didn’t want to do, forced me to concede my childhood long before it was time. The hardest thing to do, the thing that seems most impossible, is to find forgiveness there. But strangely forgiveness seems to come in that place as I practice it in the rest of my life—especially to myself.

Not all at once, but it comes in phases and waves each time I forgive the man who cuts me off in traffic, or the woman called me a name because I didn’t do what she wanted, or the friend who misunderstands and gossips behind my back.

I take a few deep breaths and whisper to myself:

Most people, most of the time, are doing the best they can.

Finally—and this may be the most important thing I’ve learned about forgiveness—is that forgiving does not mean forgetting.

We get this so wrong in our culture, and it can be really dangerous. Sometimes the most forgiving thing we can do, for ourselves and for the person who has hurt us, is to say, “thank you for what you have taught me about myself and about life. I’m moving on.”

Forgiveness cannot take place without also justice, honesty, boundaries, space, distance, time. You do not have to feel guilty about this. It is not a rejection of the other. It is a radical acceptance of yourself.

What would happen if, just for today, you thought about the person who has hurt you most and said to yourself:

“I am forgiving you. By that I mean, I’m not going to blame you or hold you responsible for my life or my future any longer. The power to shape what is coming is mine now. I take it back for myself. I reclaim my power. And that grudge I’ve been carrying, well, it’s hurting me more than it’s hurting you, so for that reason, I’m going to set it down. I’ll see how it feels to walk around without it, a little lighter, a little freer. And I don’t have to make any promises about the future—except that I will try again tomorrow.”

This blog originally appeared on Storyline and was republished with permission.

I tried to fix my loneliness

Why do I enjoy it when others fail?