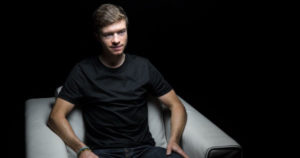 Everything in this sport is extremely calculated.  We measure our energy expenditure with a power meter that tells us how many calories we burn, what kind of intensity the workout was.  That's all relayed back to a coach who can analyze the micro and macro cycles of your training.  I'll burn five or six thousand extra calories in a day, that means eating eight thousand calories.

But there's a lot of other factors that are harder to measure, which makes this sport so hard.  It's just constant ups and downs. Whether it's snowing or raining and cold, I still have to go out and do five, six hour rides. Suffering becomes a lifestyle and you have to embrace it.

I can remember certain races looking for a place to crash because that race was that hard.  The only thing harder than crashing would have been quitting.  We're just getting sprayed in the face with cow manure that's fallen out of trucks on these little tiny roads.  Other riders elbowing you off the road, and yet there was just nothing but a ditch and barbed wire in the ditch.  There wasn't even a soft place to crash. It's just grueling, the sport.

The things that you're trying to control end up controlling you. That really starts to wear you down and break you.

I started reading as much as I could about training and what the pros were doing.  What kind of volume they were doing, what kind of intensity, and what kind of diet.  I kept coming across references to weight and this idea of power to weight. I was watching the guys on the Tour de France and seeing how skinny they were, reading articles online, and magazines about how they worked hard over the winter to lose weight. They just looked like skeletons. In street clothes, they look horrible, but that's just the sport.

As we started getting closer to cycling season, I would wake up, set an alarm for six in the morning, and ride the bike. I was taking a weight lifting elective credit at school. So I'd ride in the morning, lift weights in the middle of the day, go to track practice, then, go home. I'd cram in my homework, go to swim practice, and just die in my bed every night. I couldn't train harder. I felt like if I wasn't taking advantage of every minute of free time in my day, that I wasn't doing my best.

One night, I came home and I started to write an essay at the kitchen counter. There was a big loaf of french bread on the counter with olive oil and vinegar.  As I wrote for this paper, I started just ripping chunks of bread off the loaf and dipping them in oil, and putting them in my mouth.

I was disgusted with myself and felt like I'd lost self control, even though that's what my body needed. I was trying to deny it in an effort to take control over my weight and my performance.

It was probably only a couple of minutes, my hand just stopped at an empty plate. I just ate that whole thing. I looked at the bag, two thousand calories of bread I just ate.  Then I went and sat down at dinner and had two giant plates of pasta for dinner and chicken. I was disgusted with myself and felt like I'd lost self control, even though I know that's what my body needed. I was trying to deny it what it needed in an effort to take control over my weight and my performance.

On the way back from swim practice that night, there was snow on the ground. I was coming back down the old gravel road that leads to my parent's house. I was just broken. I was totally exhausted. I pulled over on the road and opened the door. I sat on the hood of my car and looked off into the woods.  I tried to pray, but there was just this white noise in my brain. I made myself throw up. I'd been disgusted with myself for overeating. This was a twisted way for me to regain control.

I knew it was unhealthy. I didn't want anyone to know. I knew how much pride my mom took in just making sure that we were eating healthy and eating enough. I knew how it would hurt her. I was ashamed, but the next time I felt like I'd over eaten, I'd done it before. I could take back control and undo what I had done.

Professional cyclist and Tour de France rider, Ben King, beat his body into submission. Four-a-day trainings, top level races, and a diet mastered to the cellular level. But there was a price to pay for winning multiple national championships and gaining a prestigious spot on the Dimension Data professional cycling team. For Ben, the price was his emotional and spiritual health. He found himself spitting blood into the sink, the byproduct of an eating disorder that’d spun out of control. Obsessed with climbing the ranks in the cycling world, he sacrificed all to master his body. Control was all he wanted, but it was the one thing he’d lost.

Watch Ben King tell his story of pain, control, and the simple truth that saved him.

If Paul Walker were a Pastor, He'd be Like This Guy