The homeless woman at Christmas 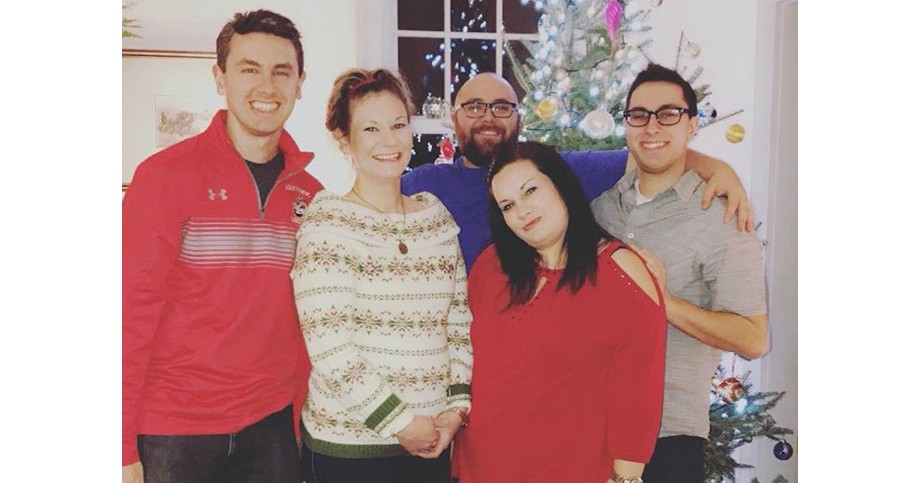 It was a year ago that I had an encounter with a homeless woman that changed my perspective on giving. I witnessed her doing something for a fellow vagabond that made me envious of her: She gave with zero expectation of anything in return — and after, the recipient even rejected her overture. She didn't get angry or depressed. Instead, she smiled.

To be honest, I had forgotten about her as the months passed and the days got warmer. But exactly a year to the day after I wrote about her, something incredible happened: She showed up in my family's living room as we were celebrating Christmas.

A few weeks ago, my sister asked me if I was interested in doing any gifts for our family's Christmas. I said no.

See, my wife, daughter, and I live 16 hours and 1,000 miles away. Every other year we trek from Dallas to Wisconsin for Christmas, and trying to do gifts and travel with a toddler just wasn't something I thought we could do. So we all decided to forgo any type of presents and just be with each other.

That was until my little brother Josh, who at 22 isn't so little anymore, changed everything.

As we were sitting around the living room after Christmas dinner and my mom was giving the younger grandkids some small gifts and my siblings some envelopes, Josh started passing out cards of his own. Every sibling — and there's four of us — their spouses, and my parents got a gift card. Every one.

"I know, but I still wanted to get everyone something." He left it at that.

What happened next is something I'll never forget. My 10-year-old nephew, Noah, slipped upstairs. When he emerged a few minutes later, he had one of his prized possessions: a large, laminated Aaron Rodgers poster. He skipped over to me and presented it.

"I wanted to give you this as a present, Jonny," he said, using the name that only my family and wife are allowed to use. He then proceeded to present others with "gifts," which were really items he already had but treasured.

The beauty of what happened with my family over Christmas was that it all happened so naturally, so beautifully.

But the giving didn't stop there. A little while later, there was a mixup with one of the gifts that was supposed to be for Noah and we couldn't find it. Out of nowhere, my niece, Lilly, slipped my other sister Jenny $20 out of the envelope she had just gotten from grandma.

"Don't worry, auntie, I got you," she said quietly.

It continued. Two days later, my oldest sister pulled me aside and gave me a present. The next day, my brother took my family out to lunch and paid. Following their lead, I decided to buy breakfast for a friend and my sister.It felt like some sort of 50s Christmas classic.

That's when I remembered what I had written last year:

So when you give this Christmas season, don’t give with an expectation that the person receiving has to act a certain way, or that they have to meet a certain threshold of thankfulness. Don’t give because you’re looking to get something out of it. Give out of joy. Give because it’s the right thing to do. Give to honor the ultimate gift that the season is named after.

That’s what the homeless woman taught me.

Those words were published December 23, 2015. Our family Christmas happened on December 23, 2016. Exactly a year to the day that I told the world about the homeless woman, it's as if she was right there with us. We gave just like she did. We gave just like the giver who sent the first Christmas gift. We gave because we love, and not even with the command to "pay it forward." No strings attached. The beauty of what happened with my family over Christmas was that it all happened so naturally, so beautifully.

And while I hope the homeless woman shows up again next year, my bigger hope is that this time it doesn't take a year.

Should Christians not listen to certain music?