"I feel like I really love my baby, but, I just don't know. I have these terrible thoughts that pop into my mind. Thoughts of harming my baby. I actually vomited last night because it made me so upset. I don't know why I'm having these"

"Everyone around me, including my pastor, seems to think I have a really strong faith. But I wonder if I just really have everyone tricked. I mean, it's not like I disagree with them on paper, but I just don't feel it. Doubts as to my faith in God pass through my mind, and though I don't want to believe them, 'you are what you think', right?

"So often I'm just minding my own business, and I feel like I get these almost sexual urges out of nowhere. I can't even define them, but sometimes it's a thought, other times it's an image, and it's always this feeling like an urge to do something really bad, though I hate it."

What were your initial thoughts when you read each of these? Did you think they reflected something deeper? A problem? Relate to them? Scared by them?

In actuality, These are short examples of Intrusive Thoughts. Or as many professional counselors and anxiety specialists such as myself like to say, these are just… “thoughts.”

What are intrusive thoughts?

Intrusive Thoughts are, at a basic level, just like the phrase implies: thoughts that are unwanted, pressing into awareness but seemingly out of context.  Basically everyone has them- 94% - 99.4% of us.

These thoughts, images, or felt “impulses” are unwanted and have negative impacts like interrupting the day, performance, negative mood, and/or difficulty controlling.

What Kind of Thoughts Have YOU Had?

If you haven't noticed having these types of thoughts, I'm grateful you have not had to! For those who struggle to make heads from tails of them, you are not alone. If it has gone so far as to impact your daily functioning, there is hope.

Jonathan has a lot of social fears, and almost constantly worries that he'll be negatively evaluated, judged, or embarrassed. These concerns are classic social anxiety. But he also gets intrusive thoughts about these social interactions. Sometimes he has a thought like, "What if I grab her butt?" He is mortified, to say the least, that he has these thoughts. Other times, he has intrusions along the lines of, "What if I blurt out sensitive information that I'm not supposed to share- something another person has trusted me with or sensitive bank or identity information?"  He'll even get "classic" harm intrusions, such as when holding sharp objects in his hands, getting an occasional visual in his mind of stabbing someone.

The Problem With Judging Incorrectly

The problem with only having a little bit of information or jumping to conclusions is precisely that- that we only have a little information or are jumping to conclusions. Be careful in not doing this with yourself- or others.  It’s a key aspect to knowing how to follow Jesus and live Second. Jesus taught his followers that God favors those who “are humble” and are quick to “show mercy.” And he knows “those whose hearts are pure” but may still have these kinds of intrusive thoughts. He also said, “Do not judge other people. Then you will not be judged,” and “Stop judging only by what you see. Judge in the right way.”  Jonathan above had been assessed (i.e. judged) many times incorrectly (by himself and others)- and this led to a lot of unnecessary suffering.

We need to admit that religious people often jump to conclusions and make judgments with only a little bit of information, rather than the whole context.  You might be nervous to share intrusive thoughts with someone at church. But people in church are just people, too.  There is grace for everyone who asks God. (If you are reading this and you are a church leader, I encourage you to slow down to listen more. Ask more questions. And refer to someone who can work with such things when you don't know what to do.)

The balance that is hard to strike is living in a physical and spiritual world, not always knowing what is what, or how to respond. C.S. Lewis, an author who who wrote a lot on Jesus, notably commented on the problems in seeing the Devil in everything and nothing:

“There are two equal and opposite errors into which our race can fall about the devils. One is to disbelieve in their existence. The other is to believe, and to feel an excessive and unhealthy interest in them.”

How To Find Freedom From Intrusions

Though everyone is different, there are some essential steps involved in finding freedom from intrusive thoughts creating problems for you.

Thoughts are thoughts.  Feelings are feelings.  Our brain generates thousands of thoughts and feelings every day.  Some appear very random.  We don’t have to believe or value or act on a thought just because we have it.  To those of you who suffer: I hope you will receive God's love for you, learn to identify what's true, and learn to act on what is important.

All names and details used are obscured to protect patient confidentiality, including using a mixture of case information.  The article is intended for educational purposes and should never be substituted as treatment or in place of a clinician's recommendations for you. 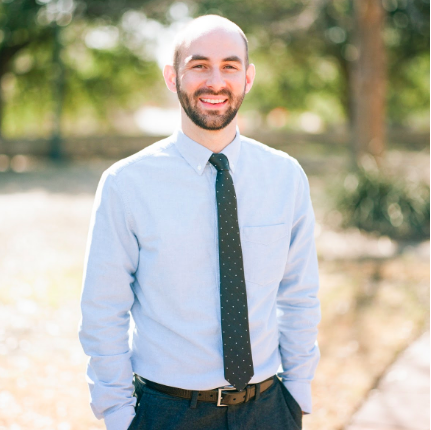 Justin K Hughes, MA, LPC specializes in providing therapy for people with Anxiety Disorders and OCD using powerful and researched tools known as Cognitive Behavioral Therapy and Exposure Therapy. More importantly, Justin is loved by Jesus and follows him. Jesus is his ultimate hope and peace. Check out how Justin helps people from all over the world Get Unstuck by visiting his website: www.justinkhughes.com

To the Person Struggling with Depression

5 Things You Need to Know About Back-to-School Anxiety