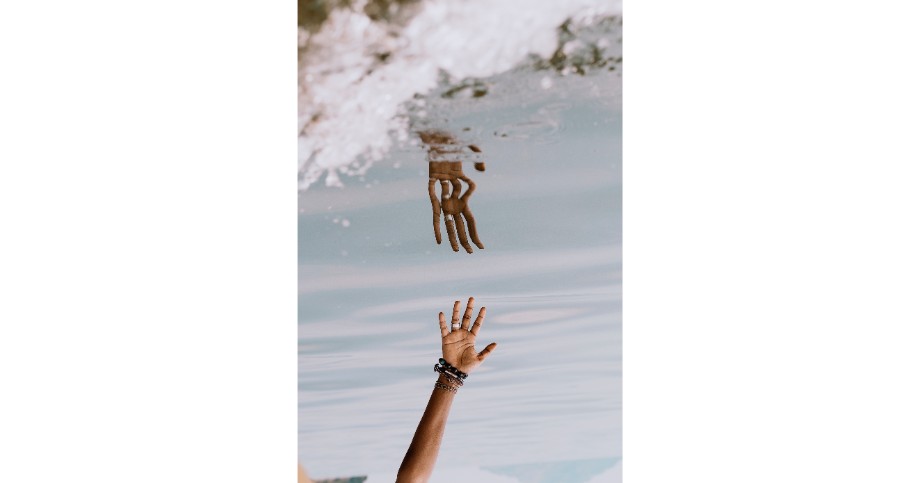 Last month, we sat down for the second time with spoken-word poet and recording artist, Jason "Propaganda" Petty. We talked about history and creativity, about new projects, and about moving through pain in a life that's lived reaching toward the loving example of Jesus. For Jason, the anxiety of the current moment reached a boiling point with the death of Eric Garner in 2014.

"The trauma of witnessing the death of men that look and talk just like me, witnessing them die...and then to see no charges being brought...There was a deep wailing that came out of me because why does this not hit my brother or my sister at a soul level like it hits me...why don't you see an image bearer?"

We've been thinking about that word for the last few weeks – image bearer. It comes from the theological concept of imago dei which means "image of God." The idea that we are created in God's image isn't a new one. It's one of the first things children learn in Christian Sunday school all around the world. They are taught that being image bearers means they are important, that their lives have worth.

There's a challenge in this idea: if we all bear God's image, then when we look at each other, we should see not only God, but ourselves as well. What do you do with the concept of imago dei when you look around you and find only difference and distance instead of love and belonging?

Maybe you're a new, exhausted parent.  You feel the weight of all you need to do and teach and be to raise a kind, strong, generous kid in a world with so much uncertainty and division. You watch other parents, their words, the makeup of their days, looking for an image – a model of what it might look like for you. You look in books and magazines, blogs and movies. You get increasingly discouraged. You think, there's no place for me here.

Maybe you're young and black in America. You encounter racism in both overt and subtle, insidious ways every day of your life. You bear witness to the death of your own image over and over again, and you see no price paid for your life. You think, there's no place for me here.

Maybe you were born in another country. Your dad's job transferred your family to the United States a few years ago and it's been a hard adjustment ever since – you miss your old friends, and learning the language hasn't come easy. You watch tv and read headlines. You see men and women in the highest offices in the land talking about you, using words that reduce you, that make you less than human. You see people who look like you handcuffed, detained.  You see families like yours separated, and children taken from parents.  But, you put your head down and just keep going, because you don't think, you know, there's no place for me here.

We're in a current moment in the United States when the tension between what should be and what is feels overwhelming. It induces despair and anxiety and resentment. That's why we've been thinking about our conversation with Jason "Propaganda" Petty again – because it's this exact tension that he's wrestling with, trying to unravel the knots and tangles:

"If this [world] is all we have and it is alive and it's one thing, then my survival – my meal – is intimately tied to yours. We are literally in this together...and if we're going to get through this, we're going to get through this together...Be willing to risk name and reputation for the sake of pursuing, with reckless abandon, love.  Because that's what we saw Jesus do."

Bearing God's image isn't just about living with the knowledge that you were created by God, it's also about seeing every person from that same perspective. It's about looking at them and recognizing them as equals, as family, and encountering them with such unmitigated love and grace that they see you and think, there's room for me here.