"I did what I promised you I'd never do" 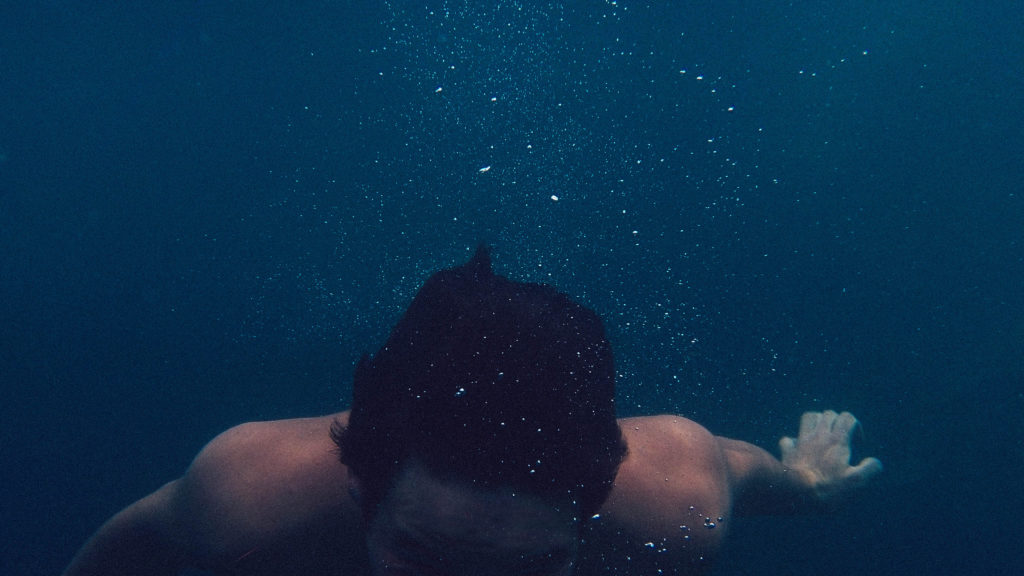 This article is written by a featured guest blogger and reflects the stories, perspectives, and insights of that writer.

I broke a promise recently. Not a promise I'd made to anyone specifically, but a promise I made publicly, online, to you. A promise to stop cutting.

After 23 weeks of, well, sobriety, I drew a sharp blade across my own skin. I ran into the bathroom, vomited, and then cried — heaving because I'd broken a promise and fallen back into an addiction I'd hoped to leave behind for good.

Things didn't get better from there. I got sick — physically sick — and spent two days cooped up at home. My depression, or this latest depressive episode, worsened. It got real bad, guys, so bad that I was afraid to tell anyone because I'd also promised not to go back to a hospital and I knew if I was honest, that's where I'd be headed.

And I began to wonder: Where is God in all this pain? Isn't He supposed to be strong in my weakness? So why isn't He here?

Where is God in all this pain?

If He existed, He would be here.

I was depressed. I was scared. I was disbelieving. And I was angry. So, so angry.

It seemed like I was going to be sucked into an endless cycle of depression with no visible outcome. And I knew that if God wasn't real I would kill myself. Then and there; one and done. Because if He's not real, I'm not willing to go through this life without Him.

So I guess that's why I went to church on Sunday. Because I was going to expect and demand that God make himself real to me. And because, as I've said before, church is about more than worship and preaching. It's about community, and I've found a family at my church here in New York City.

I call myself a "sympathy cryer," someone who will shed tears for no reason other than that you look a little sad. I'm a happy cryer, a sad cryer, an, "I had an emotion or even just a thought" cryer. I'll say it again: I cry a lot. I cry most Sundays during worship or the message or because there was a cute baby. I cry, is what I'm saying.

It started when He said I needed to let go of my negative self-talk.

Y'all, I am master at ripping myself to shreds. I can demolish my own happiness in a matter of mere thought fragments. So that got to me.

And then — and then — in a sign of how truly epic He is, God made himself real to me using a human. That human was me.

It's mind-blowing how simple yet brilliant it was. God took the person I hate, distrust, despise, belittle the most, and He used me to prove to me that He is real.

I started talking to him about someone who has hurt me, someone I thought I'd never forgive or want to see happy. But sitting there in church, what can only be described as God's love filled me for this person.

And as I continued to talk to God about it, this kinda sassy, I-told-you-so voice said, "Would you be doing this if I weren't real?"

I’m not innately a good person. I don’t forgive easily. I have a perennial chip on my shoulder. I judge people and don’t always root for their success, even if it doesn’t hurt me. I want to be liked and admired above all else. I may be loyal to a fault, but if you hurt me or one of my friends, I will turn on you so fast.

So to find myself in a situation where I was praying for someone who’d hurt me, where I was beseeching God to shower goodness and mercy and good things upon this person…that wasn't me. It was entirely not me. I'm just not that person.

That’s the kind of thing that doesn’t happen without divine intervention.

And the fact that God used me to show me that He's real...needless to say, I was a sobbing wreck.

And He wasn’t done yet.

I’ve been so depressed recently in part because I lost my job on June 1 and haven’t been able to find a new one. And the more time I spend without a routine, a structure, a purpose, people to interact with, the more I sink.

But it’s more than that. It’s also that I’ve been filled with the fear that I’ll have to leave New York City if I don’t get a job.

There are so many reasons why I think my heart and soul are tangled up in this city. It’s not just that the very layout of this place soothes me, that in the depths of my depressive episode a walk through the streets or a few hours in Bryant Park settles my heart; it’s also that here I’ve found a place to put down roots, to make good friendships and find a solid therapist and a mentor and a church that lets me serve and then serves me in return. And it’s that this place is the hub of the writing and publishing industry.

But I can’t stay in this city without a job. And maybe, just maybe, God doesn’t want me in this city.

I’ve been very scared for the past few weeks, scared that He’ll ask me to leave. Because: If God exists (which He proved to me that He does), then He is everything. He is creator, He is life-giver, He is the master storyteller and He is wise and He is good. His plan for my life is wise and it is good, and that scares me because maybe, just maybe, it’s different from my plan.

And in church, as God told me of His existence, He told me that if He says “go," then I need to go.

Guys, I am scared. I am petrified. I do not want to leave.

But if He asks it of me, He who bled and suffered and died for me — I will give it to Him.

I told God this, and within seconds I felt...cleansed. Healed. Delivered. Now I don’t know if I’m healed of depression or of a depressive episode. But I know that this darkness that has haunted me for the past three weeks has been banished.

Karis is a grad student at NYU in New York City. Her writing has appeared online with Seventeen as well as Good Housekeeping. She blogs at karisrogerson.com. To stay informed about all her writing, sign up here.

I Am Worth It