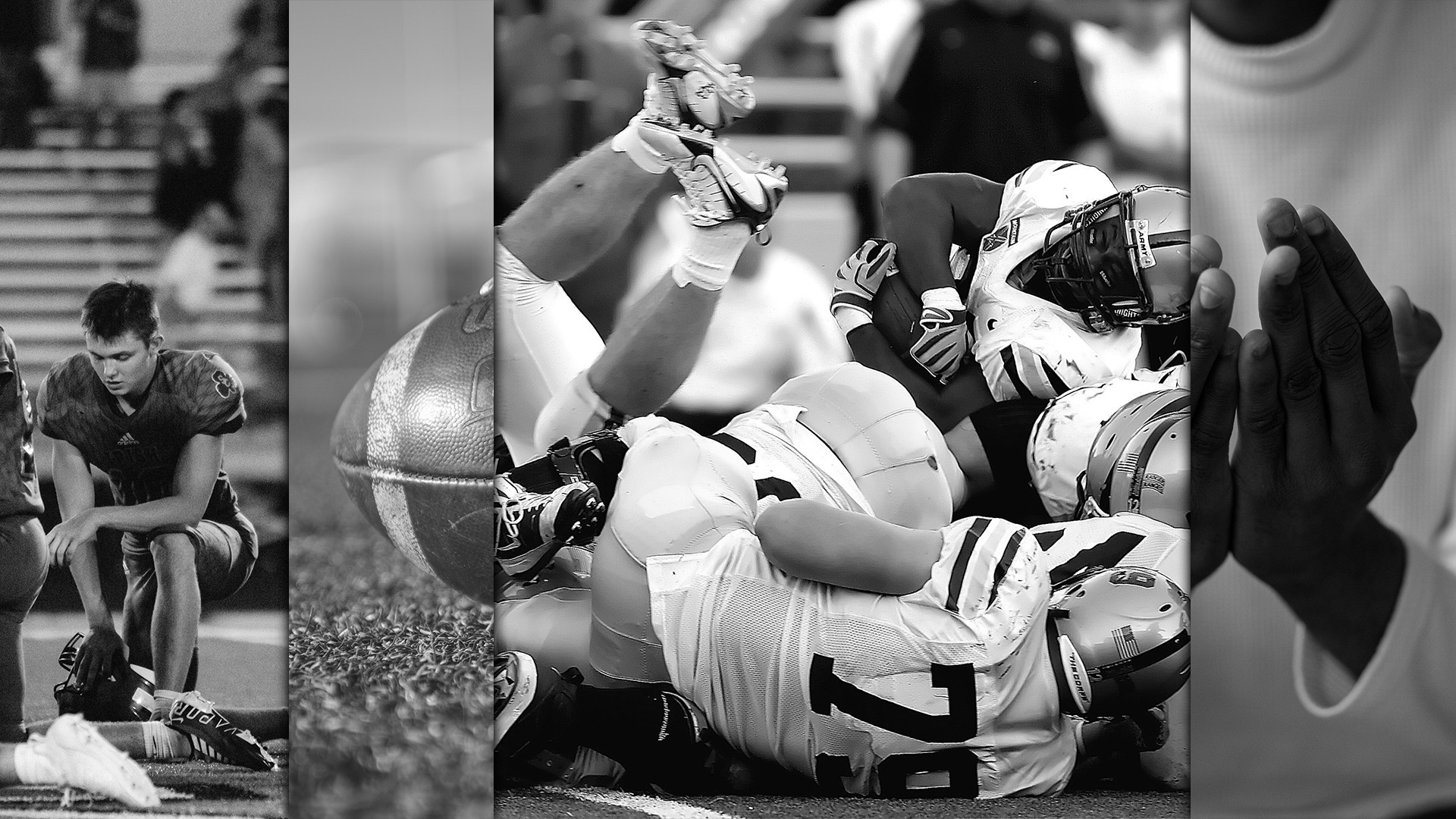 During the live broadcast on Monday night football, millions of fans watched Buffalo Bills Safety Damar Hamlin suffer a medical emergency live broadcast between Buffalo and Cincinnati Bengals. The game halted as medical personnel rushed the field and began performing CPR. On-air announcers, live tweeters, on-field coaches and players usually have plenty to debate during a hotly-contested NFL game like this. But this real-life emergency brought millions of people together in prayer instantly.

They postponed the game after the incident, but the outpouring of support continued. ESPN announcers offered their “thoughts and prayers” over the live broadcast. Coaches and players on both sides bent their knees on the field. Fans decked in Buffalo blue and Cincinnati orange joined together, asking God to heal Hamlin. Twitter, too, blew up with prayers from fans around the country. This continued into the following day. ESPN Host Dan Orlovsky even went beyond the usual “thoughts and prayers” phraseology to offer an actual “bow-your-heads” prayer live on ESPN, saying to God, “We truly come to you and pray for strength for Damar and healing.”

Even people who wouldn’t think of themselves as deeply religious often discover that faith is a part of their instinctive response to real trouble and hardship. Trying times can reveal a faith that is otherwise buried in the business of daily life. When the doctor finds a lump, you lose your job or another driver crashes into you and you wake up in the hospital, most people discover they believe in a loving God who might help them out of a jam.

But this story has also shown another essential effect of prayer: prayer brings people together. Sometimes you might wonder why the all-seeing and all-knowing God of heaven and earth would bother asking us to talk with him about things he already knows. Of course, part of the answer is he enjoys the interaction, the relationship and the engagement that prayer creates. But perhaps the unity that prayer brings is also a part of his bigger plan. When we all see a need and then join hands in prayer to God, we gain perspective over those things that could otherwise divide us.

So keep on praying. And keep on praying together. Damar Hamlin is still in critical condition and is still in desperate need of prayer. But remember, you can also pray together with people for all sorts of things – whether it's with your friend who's stressing out or thanking God with a friend when something good comes their way. Prayer can supernaturally connect you with God and to others.

Do you need prayer? Connect with a Live Second Coach today.