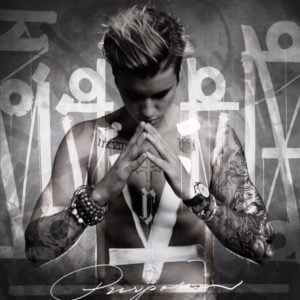 I am a Belieber.

I don’t have the T-shirt. I’ve never seen him in concert. But I’m a fan of Justin Bieber. I remember watching the YouTube videos that launched his crazy rise to fame. It wasn’t some marketing firm or record company rep that got his music out there. It was him on a crummy camera blasting us away with his vocals. Thankfully, the production quality of his music has improved with time.

Now, I say all this, not to endorse everything he’s ever done, said, or sang about. Let’s be honest. I wouldn’t endorse everything I’ve ever done, said, or, well, attempted to sing. I say this because love him or hate him, he’s got some truth we all need to hear. And some of these truths we don’t hear nearly as often or as loudly as we should. Here are a few of those truths:

On May 22 of this year, a suicide bomber killed 23 adults and children and injured another 119 following an Ariana Grande concert. So, Justin Bieber and others joined up for “One Love Manchester,” a benefit concert for those injured or killed. Justin got on stage and said this:

I recently shared about the suicide of my absolute best friend from childhood. I remember just searching and struggling for answers. And the only answer I ever really found came from a line in a song written by a man named David in the Bible. He wrote, “though I walk through the valley of the shadow of death, you are with me.”

I haven’t really told this story much in public, but, more recently, my wife and I had a still born child. And there is absolutely nothing you can say to comfort that or to wipe away that pain. You just have to be in the sadness and know that God is sitting next you. That's it.

2. “What a better way to fight evil…with good.”

At that same concert, Justin challenged us to fight evil with good. He said,

"Love always wins in the end. What a better way to fight evil…with good."

That doesn’t seem like anything big or shocking on the surface, but think about it for a second. Some group of people just set off a bomb, killing and maiming innocent men, women, and children. Children! And Justin Bieber challenges us to fight this gruesome and terrible violence with goodness and love. That’s bold.

Jesus taught that when someone hits us in the face, we should turn our head and let them hit the other side. That’s insane, that’s bold. But that’s Jesus. And according to Jesus, love is our weapon. I don’t hear this near enough in my circles.

3. “We have the greatest healer of all and his name is Jesus Christ.”

I’m not even going to give you commentary here. Just read what he said in an interview with Complex magazine:

“If you believe it, he died for our sins… What Jesus did when he came to the cross was basically say, ‘You don’t have to feel any of that stuff.’ We could take out all of our insecurities, we could take away all of the hurt, all the pain, all the fear, all the trauma. That doesn’t need to be there. So all this healing that your’re trying to do, it’s unnecessary. We have the greatest healer of all and his name is Jesus Christ. And he really heals. This is it. It’s time that we all share our voice… I’m at a point where I’m not going to hold this in.”

Pick up the Bible and read any story out of Matthew, Mark, Luke, or John, and you’ll find a theme. There was one group of people that just really got to Jesus. Seriously, you can tie Jesus down and whip him to within an inch of his life and then string him up on a cross to die and he’ll say, “Forgive them, for they don’t know what they are doing.” But this group of people ticked him off so bad that he got out a whip, flipped tables, yelling “Get them out of here!”

And what is this group, you may ask? Religious people. Hmm. If you are a church going person, beware.

Too often, what I hear is there is this magic list of bad things that you need to avoid, usually all the sexual stuff, drugs and alcohol, and maybe a few others. Do these things and you are out. And of course Christians like to shout out how good they are at avoiding this list. But this list is the same list religious people had in the time of Jesus. And it didn’t work for them. And in walks Justin Bieber:

“If we can understand that we’re all imperfect, let’s come to God and come for his help. You’re not weak by doing that. I think that’s a common misconception of Christians, that you’re being weak because you can’t handle it. None of us can handle this world, dude! It’s eating us alive.”

So there it is. I'm a Belieber. I'm not asking you to convert. I just want you to hear him out. He's speaking some truth here. We need a little less pride in ourselves, a little more pride in Jesus, and we need to stop running from sadness and grief and just know that God is in the midst of the evil.

13 Reasons Why NOT: an Open Letter to My Friend Who Committed Suicide- I was the last person you ever called and I missed it. I’m still not sure how it happened. But you took your life before I could call you back. I remember calling the next day. Your mom answered and said they couldn’t find you.

Friend or Foe: My Brain Can’t Tell the Difference- That moment sent me on a dizzying journey that eventually led to the discovery that I have a defect. My brain isn’t normal. I lack the mental ability to identify people by their face. It’s an actual thing, face blindness, they call it.

Bono talks about the only real problem God can't deal with

"I can't believe you'd go there"