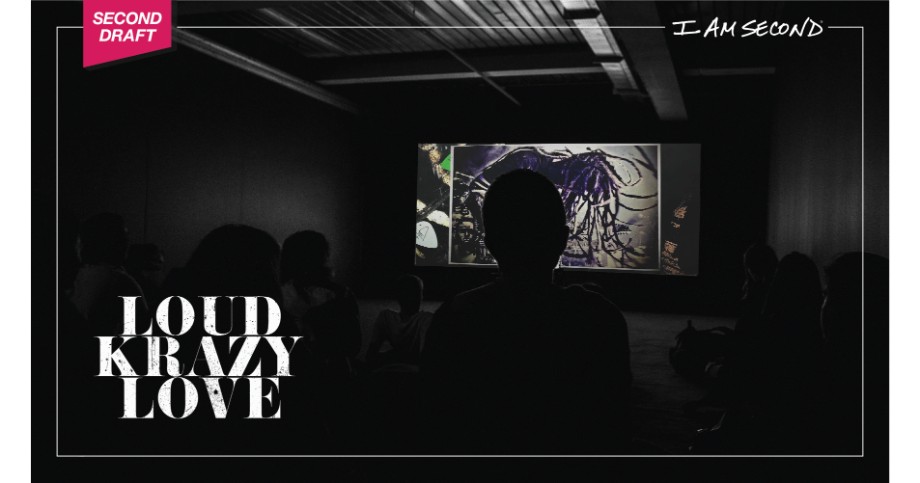 At once harrowing, and intensely beautiful, Loud Krazy Love is the full length documentary of rock star Brian “Head” Welch and his daughter Jennea. It’s shocking, hilarious, frightening, and even miraculous. Threaded through it all is the story of how fearless love heals broken relationships. In sum, this film WILL change your life and the life of anyone who sees it. Here’s why…

1. Not the Entertainment Fluff You’re Used to

I have no problem gorging myself on whatever Netflix throws into my “Recommended for You” or “Trending Now” queue. But this is not that. This is not entertainment. This is not reality television. This is not even a quirky documentary you stumbled upon and watched to get free cool points. This is the uncensored and unpredictable story of real people getting their lives wrecked by Jesus and then put back together into something beautiful. This is some of the greatest truths of the universe packaged up into a riveting, screen-sized story. Don’t miss it.

I don’t know if you go to church or not, but even if you do, this film will talk about suicide, self-harm, addiction, family, friendship, and finding purpose in ways preachers wish they could. I’ve met Brian several times now, and each time I’m shocked how he can talk about God and the struggles of life without the slightest hint of pretension. Most of us, myself included, have a built-in filter that keeps us from being completely frank about our doubts and struggles. Brian has no such filter. His deeply revealing nature instantly transports you to a point of seriousness and introspection you rarely get. You won’t be able to help thinking differently about your life after hearing from him.

3. Life is tough, Faith is tougher, This Film Shows You How

Brian Welch’s story was my favorite White Chair Film the first time we captured it, years ago. He had just left his band, KoRn, quit drugs, and shouted to the world that he was now going to follow Jesus as hard as he had followed drugs and money. But what none of us could have known was that his life was about to get way worse before it got any better. Everything collapsed after this. He lost his money. His solo career went nowhere. Even his daughter ended up in rehab struggling with self harm and suicidal thoughts. It’s like that guy in the Bible, Job, who loses all his vast wealth, his children are all killed, his health fails, and even his wife curses him. But like Job, Brian and his daughter Jennea prove that true faith is tougher than the worst that life can throw at you. You’ll walk away from this film wanting to shout down the baddest this world can muster.

4. Not the Happy Hallmark Version of Jesus

Life is full of unhappy endings. You might not ever get that job. Marriage doesn’t always pan out like you planned. And eventually you, me, and everyone else walking around down here end up dead. This is reality. Jesus never promised to make your life perfect now, no matter what you’ve heard elsewhere. He promised to fix it in the end. Between now and then is a lifetime of gritty, trying, doubt-creating moments. Brian put it best when he says in the film that his walk with Jesus is like being a pumpkin on Halloween. Sometimes Jesus has to cut you open and scrape out all the muck in your life before he finally puts a light inside and you start to shine. Faith is trusting Jesus long enough to let him cut you up. By the end of this film, you might just be handing Jesus the knife yourself because you’ll realize that in the end his plan is better than anything you and I could dream of.

So go watch this film already!

Single in the New Year? God has a plan.