Why you should stop saying, 'I'll do that tomorrow' 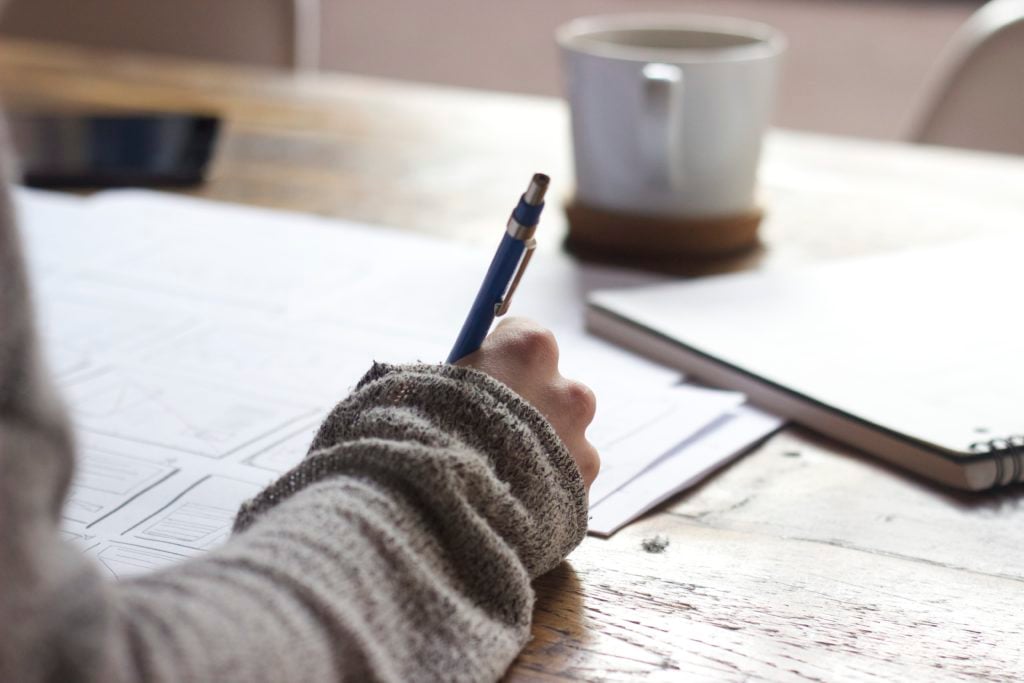 I returned from my honeymoon positive that my Aggie college ring was in a purse that I left at home. It wasn’t. I checked the tote I had with me at the church the day of my wedding. Not there either. The slow, quiet panic settled in.

“I’m sure my mom has it. And if not, then someone at the church has it. No big deal, you’ll find it sooner or later.” I was lying to myself, it was a big deal.

See, if you know what an Aggie ring is, then you totally understand. If you don’t, just know that it is an expensive sign of accomplishment and deep tradition. It’s more than a college ring, it’s a reminder that I was and still am a part of one of the largest families on earth (cue the eye-rolls from the Texas A&M haters). Most importantly, it was a special gift from my parents.

I sent out a few scattered texts to my bridesmaids, but there was no sight of the ring. So, the natural next step would be to ask my mom if she had it, or to ask the church if they had it. But I didn’t. In fact, I let a whole three weeks pass before I got serious about finding it.

Why would I wait so long to pursue something that meant so much to me?

I’ll tell you why: I was scared.

I was scared that when I did ask my mom, she would be upset that I lost it (yes, I’m 26 years old and still afraid of getting in trouble) and that it was lost forever. While I had convinced myself that she probably had it, I kind of knew she didn’t. So, instead of being proactive and calling the church or tearing my house apart, I shut it out.

Unfortunately, I do this a lot. If there’s something that I need to do, but I’m not totally confident of the outcome, I push it off. I procrastinate. I belittle the situation and get busy doing other things. And while I’m still very aware of the looming task above my head, I try to act as if it’s not a big deal.

However, it’s not always as trivial as a missing college ring. Perhaps there’s a friendship that’s falling apart, and instead of being proactive, I mull it over in my brain and stress that it’s happening, but do nothing about it, hoping that the relationship will be magically restored.

I put it off week after week, afraid that I’ll fail.

Sometimes it’s a habit that I need to break. And while I know the steps to take to kill that habit, I put it off week after week, afraid that I’ll fail.

So, what do I tell myself to make myself feel better? “I’ll do it tomorrow.” Meanwhile, my heart becomes heavy any time I think about what I’m putting off. My anxiety increases, and in turn I become less productive in other areas of my life. My “not doing anything about it” is actually causing a great deal of unnecessary harm.

An old friend of mine, Benjamin Franklin, once said, “Do not put off until tomorrow what can be done today.”

While we can take this overused quote and point it towards our to-do lists at work and around the house, I want to take it deeper.

What conversations are you avoiding that need to happen? Who do you need to forgive that you keep putting off? What habit needs to be broken? What question do you need to get answered? What life do you want to start living?

Start today. You know why ol’ Benny’s quote is so vital to our lives?

Because we. aren’t. promised. tomorrow.

There is not a single person knows without a shadow of a doubt that they will be alive to see the sun rise again. I know that seems dark, but it’s true!

I think somewhere in the crevices of my mind, I have this idea that I'm invincible to time.

We all say, “Yeah, yeah I get it.” But do we? While I know I’m not promised to live tomorrow, I think somewhere in the crevices of my mind, I have this idea that I'm invincible to time. At least, it seems that way according to the list of important things I keep putting off until tomorrow.

The Bible describes us as a, “Mist that appears for a little time and then vanishes.”

And when you really think about it, there could not be a better explanation of our short time on earth.

So, I'm sure you're dying to know what happened to my Aggie ring. I finally brought it up to my mom. "What?! Why would I have your ring?! And why are you just now asking about it? Have you even called the church yet?"

I went home and searched every nook and cranny. My house turned into Tornado Alley. Boxes, clothes, and bags were flying everywhere. It took a while, but much to my surprise, there was that little gold ring in a tiny little box stuffed in a large bag which was at the bottom of a packed box. Relief.

I could have saved myself from all of that stress and silent panic if I had just committed myself to finding that ring right away.

Whatever it is that you're putting off, do it today. You aren't promised tomorrow.

What are you waiting on? Go after it. Call your friend, your brother, or your spouse. Kick the habit. Start your business. Write the letter. Whatever it is that you're putting off, do it today. You aren't promised tomorrow. It's probably not as daunting as you think it is, and you just might find what you were looking for after all.