How loving someone else helped me love my wife 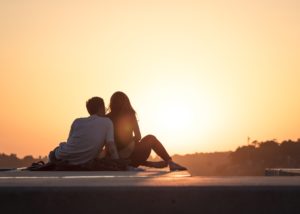 My wife and I celebrated our nine year anniversary last week. Undoubtedly, the best years of our marriage have been the most recent ones. But, you may not suspect the reason why.

It’s not because we were just joined by our firstborn, Ember. Nor is it because we've resolved all of our disagreements and harmonized all of our differences. And, it's certainly not because we’ve settled into comfort; in fact, quite the opposite, we recently quit our jobs, sold everything, and moved to Hawaii.

One thing I've discovered about myself is that I am hurt. Specifically, in the season that I met Erin, I was hurting, deeply, about a lot.

Erin, that’s my wife, and I, met and married in our early twenties. While I know that our affections and desire to commit were sincere, I also know, now more than ever, that we were young. Ignorant to the realities we would face in the years to come and what we would discover, with one another, and about ourselves.

One thing I’ve discovered about myself is that I am hurt. Specifically, in the season that I met Erin, I was hurting, deeply, about a lot.

I was hurt by my broken home; hurt that I had been kicked out of my Mom’s house (deserved), then my Dad's (debatable), hurt that those explosions were expressions of relationships that were stunted and severed. Hurt that I had been neglected and all but forgotten. I was hurt by countless choices I had made, choices that I thought would help and heal my hurts, but only made them worse. And I was hurting from the elongated absence of my brother, Scott. He was my best friend and my functional father, but he was also an addict; worsening in his addiction, so he’d been gone for years.

But all of that hurt was a drop in an ocean of devastation when Scott died of an overdose.

I was just so conditioned to being hurt that I became numb. Consciously and unconsciously, I worked to not feel. That was my coping mechanism.

Just a month before his death I had confessed my love to Erin. Like a Catholic priest, she received my confession in silence and responded by sending me away.

She just wasn't there and felt it would be best for us to let it breathe. So, it breathed as she went away to work at a summer camp. A month into that summer break, an emergency phone call summoned her to our unexpected reunion.

Hours after Scott died, I called Erin. We had only known one another for a year at that point, but I called because I knew she cared. I knew she would listen and help, be there for me, and feel. After all, we had spent the better part of that year getting to know one another, primarily on the phone. Separated by some 400 miles, with social media in it's infancy, our foundation was built on late night calls, Gmail chats, and endless 160 character texts. We were firmly in the friend zone and that buffer helped us build a relationship that has yielded quite a harvest over the years. Although, at that point, the harvest was looking like slim pickings. Still, I called.

Through that conversation, summer silence was ceased. And for more than a decade, in and out of season, Erin has continued to care, listen, help, be there, and feel. And she's teaching me to do the same; specifically, to feel. See, in hindsight, I wasn't aware of all of my hurts. I was just so conditioned to being hurt that I became numb. Consciously and unconsciously, I worked to not feel. That was my coping mechanism. Sadly, Scott’s (coping mechanism) was lethal, but I know his pain and I carry it still. I carried it into my marriage and burdened Erin with it’s weight, until it almost buried us.

In any relationship that is healthy and life-giving, truth and love are united. Love never relinquishes itself to lies and truth never yields itself as a weapon. Truth, on the lips of love, is aloe to burn, a beautiful balm to brokenness, a soothing salve on the sting of selfishness and self-sabotage. Love speaks the truth, to it’s beloved, to allow the beloved to begin to love himself, or herself, as love does. For, not until we love ourselves can we love anyone. After all, that is the appeal being made through the old sage words: "love your neighbor as yourself."

But loving myself also includes not allowing myself, and my relationships, to remain restrained by my hurts. Loving myself means mourning and grieving, yes, but also moving and growing.

Loving myself, in this season, includes an intentional effort to excavate experiences, unearth emotions, and feel feelings that I've long suppressed. To mourn for a much younger Sean, a boy whose childhood was stolen, whose innocence was robbed, whose security was sacrificed. To face the fears of feeling. Feeling love, trust, and respect for someone. Feeling vulnerable and open to them. Realizing that I’m afraid to feel all of that because people fail, and disappoint, and when I’ve opened myself to them, and they inevitably do, it hurts.

But, loving myself also includes not allowing myself, and my relationships, to remain restrained by my hurts. Loving myself means mourning and grieving, yes, but also moving and growing.

Erin and I have been moving and growing for more than nine years now. I can’t fathom who I would be without her. Erin is my first love and the entirety of my existence has been redefined by her and because of her. I wonder who I’ll be when I celebrate my nine year anniversary with my second love; myself. 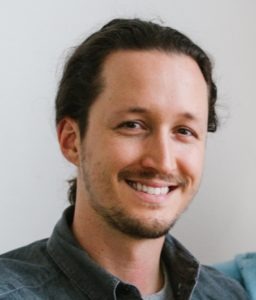 Sean Little's love for language was conceived by early 90's rap and cultivated by hip-hop culture. In the traditions of both, narrative is the nucleus of his writing. Sean recently sold everything to leave his life in Indiana and moved to Hawaii with his wife and daughter. Sean has toured nationally/internationally as a rapper and speaker, pastored in a local church, and is a featured Second in an I Am Second White Chair Film.